The Art of Cosplaying by The Geeky Gamer Girl

“Let’s face it: Everyday life is pretty boring. Cosplay gives me a chance to break out of the monotony of everyday life, and step into the shoes of my favorite characters from video games, comics, anime, cartoons, etc.” 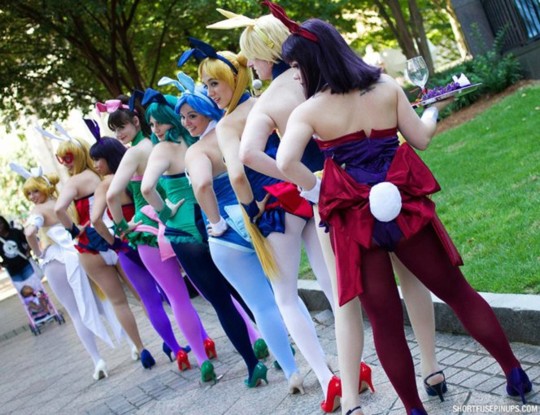 There is a whole other side to art and costuming that most people are not familiar with. It is called “cosplay”, a play off the words costuming and play where one creates a costume and takes on the persona of the individual who the costume is inspired by. Anime, books, pop culture, movies and video games often inspire cosplayers. Cosplayers wear their cosplays proudly to conventions, tote around at photoshoots, and share their love and creativity all over the Internet. Many cosplayers create their own costumes and The Geeky Gamer Girl happens to be one who also loves We Love Colors.

Kristi is a 25-year-old Elementary school teacher who enjoys playing video games, like Dark Souls and Overwatch, in her free time.

When asked how she got into cosplay she told us she had always loved Halloween and had made many of her own costumes growing up.

“Cosplay is something I’ve always admired, and though I never had the budget to be able to do it when I first discovered it, I wanted to get to a place in life where I could also do it.”

Her first cosplay was Sailor Moon in 2010 made for a local convention. “

She felt her break into the ‘hardcore’ cosplay scene came at PAX (Penny Arcade Expo) East in 2013 when she cosplayed as Juliet Starling.

“From there, I realized I had a passion and talent for creating things, and I could spare the funds to build bigger and better cosplays!”

Kristi found that cosplay was a way for her to leave the everyday hum-drum of life and show off her passion and love for characters in their ultimate forms. Through the cosplay community she has been able to connect with others and develop herself on a personal level.

“I’m constantly learning new skills/trades, and in doing so I’ve found I can push the limits of what I ever thought I could do. To me, that’s a pretty great thing!”

The first time she heard about We Love Colors was from friends who had used the products in the past; But she had never needed to purchase anything until she was asked to join in two different cosplay groups for DragonCon 2015. The first, a Sailor Moon Playboy Bunnies and the second, Pokémon Gijinkas.